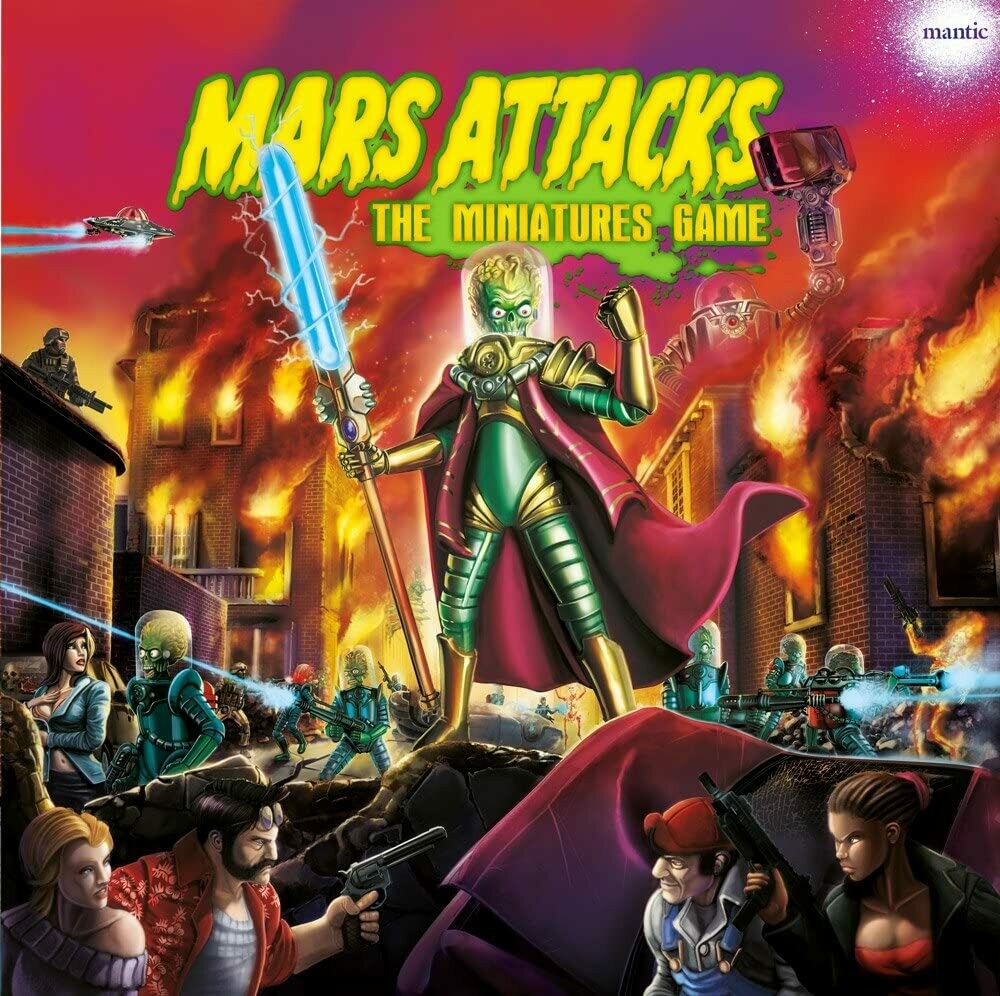 SKU 400000010274
$74.99
In stock
1
Product Details
The Invasion Has Begun! Saucers have landed and the death rays have started firing. It`s time to pick your side and prepare for battle! Capture critters for experiments, splat Martian brains in the streets, and unleash devastating death rays on your opponent with Mars Attacks, the crazy, hyper-violent, out-of-this-world tabletop miniatures game of Martian mayhem! With Mars Attacks: The Miniatures Game, one player controls the might of the Martian Empire`s vast army of invaders and the other the brave defenders of Earth, battling against impossible odds. Will you persevere with your human forces in a desperate bid to push back the Martians, or will you guide General Tor to his ultimate objective and uncover the leader of the Novas Vira? Only you will decide the fate of the planet!
Save this product for later